How to Reconstitute the Election Commission of Bangladesh

How to reconstitute the Election Commission | The Daily Star

How to reconstitute the Election Commission 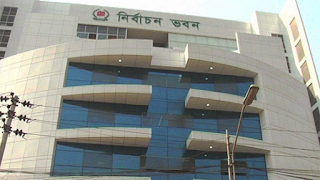 A robust and transparent selection process of the Election Commission is instrumental in upholding democratic practices and support economic growth. Photo: Collected

As Bangladesh makes strides to reach upper-middle-income status, now is the opportune time to focus on achieving the status of a developed democracy—the cornerstone of the Bengalis' and Bangabandhu's dream of Sonar Bangla. Enviably, the country is now endowed with ample resources to pursue this dream with utmost vigour and urgency. The primary task here is revitalising the institutions of democracy—notably the Election Commission.

The last two general elections were arguably a far cry from the global norm of successful elections, considering shallow participation of voters, absence of effective opposition, numerous uncontested wins, evidence of unlawful voting, suppression of voters, contestants and polling agents, violations of campaign rules, inappropriate actions and inactions of the relevant officials, and the innateness of the Election Commission to redress these matters.

While a caretaker government is being demanded by the main opposition party, the ground reality demands reconstitution of the Election Commission to deliver an acceptable general election next term, under the constitutional rule of the current regime, which will remain during the election.

This can be done with a multi-prong approach.

First, the president should constitute a new Election Commission Selection Advisory Committee comprised entirely of non-resident Bangladeshi (NRB) professionals of pro-liberation beliefs, but without any association with any political entity in Bangladesh in the last 10 years. (Here, pro-liberation belief means believing in muktijuddher chetona—democracy, freedom of expression, economic equity, secularism, and Bengali nationalism—and not allegiance to any political party.) Doing so would retain the necessity and pride of non-involvement of foreign nationals in the electoral process of Bangladesh.

The NRB university teachers, who are currently working in developed democracies such as the European Union, the UK, the US, Canada, and Australia, with at least a bachelor's degree from Bangladesh and aged above 60 years, may be preferred for this process. Regardless of their political persuasion, this is arguably the largest pool to draw from, who are highly qualified intellectually, and employment-wise have the most freedom to express their professional opinion and serve the larger community. Given their exposure to the 1971 Liberation War, university education experience in Bangladesh, and valuable experience and insights into the electoral process of the developed democracies, these NRBs are uniquely tooled to grasp the gravity of their roles, with the spirit of the Liberation War at stake. Most importantly, this pool would be least fearful of political threats and punitive career and legal measures from political influentials in Bangladesh.

Second, the Advisory Committee members should be allowed to conduct their work remotely. No requirement to relocate to Bangladesh would ensure their extended availability, operational flexibility, and uninhibited performance. All aspects of the committee's responsibilities can be undertaken virtually—and, in fact, more efficiently—including interviews of potential candidates for the Election Commission.

Third, the eligibility criteria for the Election Commission members should be changed to exclude all current and former government officials, defence officials, legislators and ministers, and anyone who has ever served in any political capacity. This is to minimise the chances of any known and/or perceived governance or political bias.

Inclusion criteria should be similar in spirit to that for the Selection Advisory Committee, but broadened to all resident Bangladeshi and NRB professionals with about 50-50 mix for a balanced domestic and foreign electoral knowledge. Additionally, the mix should be diversified across career fields, such as education, business, medicine, engineering and science, arts, literature and culture, journalism and media, and NGO and human rights, etc. If needed, the number of commission members should be increased to achieve this wider representation of expertise and perspective.

Fourth, the chief election commissioner (CEC) and the deputy CEC should be selected by the Election Commission members, and not by the president. This is to preserve the integrity of leadership in the commission, free from any political influence. To protect against extended dominance and potential underperformance, the leadership should rotate every two years. Furthermore, at any time, upon non-confidence of the majority of commission members, new leadership should be elected. This historic parliamentary practice will foster the Election Commission as a guardian of democracy by example.

Fifth, during their tenure, the Election Commission members, including the CEC, should be barred from being in direct or indirect communication with the members of parliament and the government executives (prime minister, cabinet members, and advisors), as well as any diplomat. The commission can only be in communication with the president, government officials, police, the Border Guard of Bangladesh (BGB), and the armed forces. Even in these instances, all communications—electronic, voice or otherwise—must be recorded, and be immediately available to the office of the chief justice of the Supreme Court. The Supreme Court should accordingly be awarded the power to fire and sentence any member of the Election Commission who is found to have violated the communication embargo.

By the same token, the people covered by the communication embargo must also be held accountable by empowering the Supreme Court to fire and/or sentence any such person attempting to communicate with the Election Communication. In particular, any such person in violation of the two-way embargo, should be automatically and immediately rendered ineligible to serve the government or the parliament for a minimum of 10 years.

Lastly, special security should be provided to each Election Commission member and their immediate family members for the duration of their tenure, plus three more years following the end of their tenure. Furthermore, no civil or criminal litigation or government injunction against the commission members should be permitted during their tenure plus five years, except that possibly initiated by the Supreme Court.

To conclude, after five decades of turbulence in Bangladesh's electoral journey, it is time to fix the country's democratic deficit and further illuminate the globally acclaimed economic and social brilliance. Instrumental to this venture is a robust and transparent process of selection and operation of the Election Commission. It is hoped that the steps suggested in this commentary would be useful in this critical regard.

Dr Mo Chaudhury is an associate professor of finance at McGill University in Canada.